Information about Belgrade * Attractions * Nightlife * Events * Where to eat * 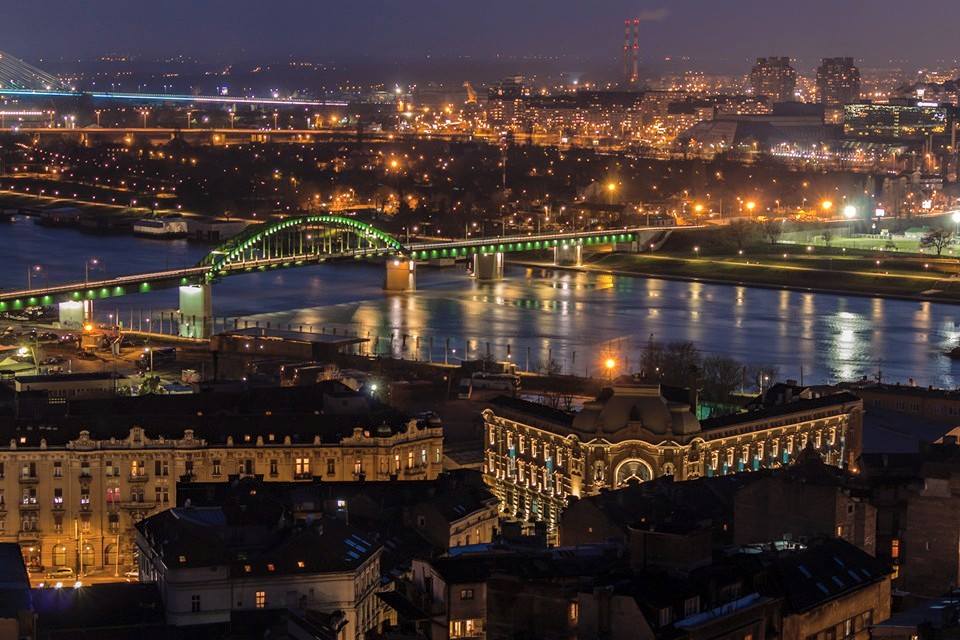 The geographic coordinates of the centre of Belgrade (Knez Mihailova Street) are: 44°49’14″ of latitude north, 20°27’44″ of longitude east and 116.75 m above sea level. The city of Belgrade and its surroundings consist in two different environments: Pannonian plain in the north area and Šumadija in the south area. The highest mountains in Šumadija area are Kosmaj (628 m) and Avala (511 m). In the south there are wide plateaus sectioned by stream and river valleys. Altogether the riverbanks are 200 km long and the are also 16 river islands: the largest are Ada Ciganlija and the Great War Island.

Belgrade has a moderate continental climate with four seasons and uniformly spread precipitations. Spring is the wettest season and the city receives about 680 millimetres of rainfall per year. Autumn is longer than spring and it is also sunnier and warmer. January is the coldest month, the winters are not very harsh. On average there are 21 days with temperatures below 0 °C during the winter. The average temperature varies from 0.4 °C in January  to 21.8 °C in July. Statistically there are 95 days per year in which the temperature is above 25 °C. Moreover there are two weeks in October of “belated summer” called St. Martin’s Summer (miholjsko leto). Another distinctive element of Belgrade climate is also a strong and cold southest-est wind called Košava: it arises in the Carpathians and brings clear and dry weather to Belgrade. It mostly blows during autumn and winter, in 1-3 -7 days intervals, its average speed is 25-43 km/h but it can reach up to 130 km/h of speed. During the autumn and winter, Košava regularly ventilates the city: it is the best air cleaner of Belgrade!